One of the best ways to learn how to detect fraud is to look at people who have been caught and then analyze what you could have done to avoid being taken in as others were. 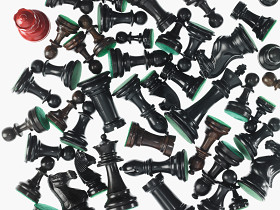 News from Germany here about a man jailed recently for rape and fraud after pretending to be German royalty has its share of easy as well as harder-to-find falsehoods.

Anyone who’s German and is of a certain age can claim to be a German diplomat, friends with Angela Merkel or the owner of a gold mine. Harder to swing is the claim that he was an owner of The World Bank.

But what draws a lot of people in is often a claim to be part of a noble or celebrated family. The U.S. has had plenty of fake Rockefellers and Rothschilds, and this man in Germany, identified only as “Roland Johannes P.” claimed to be “Prince von Hohenlohe.”

That kind of claim is problematic and to get to the bottom of it requires what we refer to as “meta searching.” That means one Google search won’t be enough to dispose of the question, “Is this man a real Hohenlohe or not?”

Meta searching is searching for the search that will lead you to your answer. This case reminded us of the time that we had to unravel a scam based in Spain. We knew quickly it was a scam not because it was listed on a website about scams, but because the street address of the fake entity was not to be found in any Madrid street guide we could find. We knew we were onto something when the saint’s name of the street did not appear in a list of the Catholic Church’s saints.

The real Hohenlohes are part of a real dynasty, for sure, but you won’t find a complete membership list with a single Google search. Google is not set up to give you yes-or-no answers to anything remotely complicated, as we’ve written about here in A Fact Finding Test for Lawyers or here in Google is Not a Substitute for Thinking.

The easiest way to pick apart fake nobles and plutocrats who don’t appear to check out on the internet or in any public record you can find? Ask them for the name of a single relative who knows them. These people usually work alone and won’t want to cough up a name. If they do, call that person up and ask them about your alleged prince, Rockefeller or whatever he claims to be. Chances are you can end the inquiry right there.